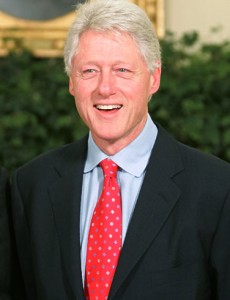 Former President Bill Clinton had faced tough questions before, but this time, the stakes were high.

Clinton had never listened to “Wait, Wait, Don’t Tell Me,” the NPR news quiz, let alone appeared as a contestant on the show. If he lost, he would let down his party and his country — especially Dave Parks of Chico, California, who was counting on Mr. Clinton to win Carl Kasell’s voice on his home answering machine.

Our 42nd president could only hope the material was something he knew well.

His topic: My Little Pony™.

With no war room of high-level advisors to count on, Mr. Clinton was on his own. “Now is the point where you make me look like a fool,” he lamented.

But there was one thing that could save him: A decade-long copywriting campaign so savvy, so successful, so magical that it would have touched even the former leader of the free world.

It’s not often we toot our own horn here at The Hired Pens. But when Mr. Clinton went three-for-three on subjects like Rarity’s favorite pastime (giving the other ponies makeovers, of course), we had to tell you about it.

After all, Dan and Anna began writing about My Little Pony and other Hasbro products 10 years ago. They’ve since put some of their best writers (ahem) on the campaign, ensuring that children, parents and heads of state would come to know and love the endearing antics of Pinkie Pie and Twilight Sparkle. In light of Mr. Clinton’s perfect score, it’s clear we’ve done our part.

So, we’re glad to have been able to help, Mr. President. If, in the future, you find yourself in the hot seat again, we’ll be here for you. Because Friendship is magic™. But you already knew that.

What the Dalai Lama Could Learn from Fast Company
He’s Just Not That Into You
Well, it’s about time!
Copy We Wish We’d Written: Henkel
Millennial Say What? How to Talk Young When You’re Old.
Customer Service as Part of the Marketing Plan: Why it Matters, Part 2
1 reply

Okay, Misguided Client, It’s Your Funeral He’s Just Not That Into You
Scroll to top