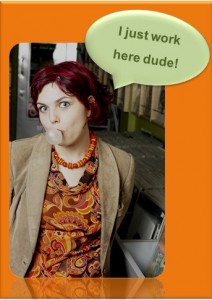 When he’s not quoting Don Draper, CrossFit training or watching the NY Jets, Gordon Plutsky is King Fish Media’s Director of Marketing and Research. And today he is our guest blogger. (He also writes a great blog for King Fish.) Gordon, we salute your takedown of bad customer service. This is part one of a two part series.

Customer service is one of the most important elements of your brand promise. It is where you and the customer come face to face. All your slick websites, social media programs and ad schedules can be undone by bad customer service.

Companies such as Zappos (a King Fish client) have made great service their differentiator and even built an ad campaign around it. I’ve had some recent experiences that illustrate how front line customer service can have a bottom line effect.

No industry does more to turn off their customers than America’s airlines. They talk the talk, but rarely walk the walk. My wife and I went to Florida on vacation via Jet Blue — we could have checked two bags of 50 pounds each; but we had one bag of 54 pounds. We were given the option of holding up a huge line and pulling out four pounds of stuff or paying $50 extra.

Given the hassle we already went through with airport parking and the charming TSA agents (it appears their sole purpose is to monitor the toiletries of law-abiding citizens), I paid the $50 and just went on my way. I tried to explain that we were 46 pounds under as a family, but no dice. Rules are rules, pay up.

Last week I was with a colleague in Washington, DC, at the US Air Shuttle. We had tickets for the 2:30 shuttle but were at the gate in time for the 1:30 flight, and they had seats available that were going to be empty when the plane took off.

We asked if we could switch to the earlier flight; the gate agent/prison guard snapped “$50 change fee per ticket.” Keep in mind there is absolutely no hard cost to letting us sit in these empty seats, but rules are rules, pay up. We declined and my colleague wrote a strongly worded email to the CEO of US Air. A few days later a reply came back that apologized for our dissatisfaction, but no explanation of why a $50 charge to get on a flight an hour earlier that had empty seats.

Recently I called United Mileage Plus to ask if there was any way I could get my “lifetime mileage” reinstated that expired last year. It took 10 minutes of pushing different combinations of phone buttons to even get a human. Their automated call system had no choice for speaking to a customer service rep.

I finally got a guy with a shaky command of English. I told him how I had earned the miles over 15 years, but haven’t been traveling on United lately and would love to reengage as a customer. Sorry, nothing he can do. In the interest of marketing science, I came right out and said, “You won’t even consider it if it means that I nor my company will ever fly United again and I will tell everyone I know not to fly United?” His response: If I take their Visa card, I can get 50,000 miles. My response is unprintable in a family blog.

Three companies in a struggling industry had a chance to make a friend and possible loyal customer. Imagine if any of those situations went in another direction, how happy I would have been and how my perception of that airline would have changed. Instead I am writing this post and will push it out to the many people I am connected to via social media.

In Part 2: companies that truly understand the value of customer service.

This Is FIOS. This Is BIG. FIOS, This Is a Big Mistake. Customer Service as Part of the Marketing Plan: Why it Matters, Part 2
Scroll to top