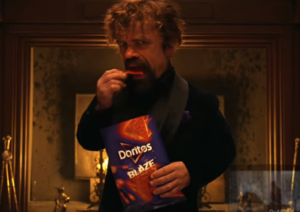 Doing an annual roundup of the Super Bowl commercials is practically a job requirement in our line of work. But after my beloved Patriots lost to the Eagles, I didn’t want to relive anything about the game.

Besides, the consensus in many quarters was that this year’s spots were disappointing or derivative. Why add to the noise by complaining about how terrible they were?

By earlier this week, though, I had recovered emotionally from the game and decided it was time to take a fresh look at this topic.

Assessing Super Bowl ads is a tricky thing. Many of us view them in the context of the most memorable Super Bowl ads from years past. We tend to recall the brilliant — Apple’s jogger striking a blow against Big Brother, Mean Joe Greene giving the kid his jersey, Monster.com’s “When I Grow Up” — but forget about all the crap that likely ran before and after those gems.

It’s like people who swear that “Saturday Night Live” was great the first few years and has sucked ever since the Belushi-era cast disbanded. Have you recently watched a full episode from 1977? Let’s just say that for every “Land Shark” or “Coneheads,” there are three or four skits that barely elicit a smile.

With that in mind, what’s the postmortem on the 2018 crop of Super Bowl commercials? I think there were plenty that will stand the test of time.

The Doritos Blaze/Mountain Dew Ice mashup was spectacular (not to mention the perfect combination of brands). The ad in which Alexa loses her voice was great, too. The trailer for the “Crocodile Dundee” sequel that turned out to be an Australian tourism ad? Very clever. And despite my hatred for the New York Giants, seeing Eli Manning and Odell Beckham, Jr., pay homage to “Dirty Dancing” in the NFL spot killed me.

A common thread among these spots was that they weren’t just kind of funny. They were shockingly funny. Nailing it at this level is what it takes for ads not only to stand out on Super Bowl Sunday, but also to get shared on social media and enjoy a life post-Super Bowl. If you’re one of the brands that spent over $5 million to buy 30 seconds on NBC’s broadcast, that really matters.

So, yeah, some of this year’s commercials succeeded comedically. But where were the spots that worked on some other level? The Apple ad cited above was chilling and thought-provoking, while the Mean Joe Greene ad put a lump in your throat. Last year’s Budweiser/immigration spot probably gave you the warm-and-fuzzies (unless you virulently oppose immigration, in which case it probably pissed you off).

One of this year’s commercials that aimed for something higher — the Ram Trucks one built around an MLK speech — was a creative and public relations disaster. A special place in Advertising Hell has been set aside for that creative team.

But that egregious misstep aside, you know what? The Super Bowl LII commercials were a lot better than some people think. Kind of like Nick Foles, unfortunately.