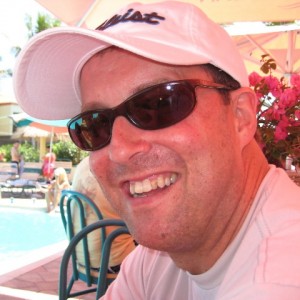 If you don’t follow Jeff on Twitter, you should. His tweets are great: They are sometimes funny, other times informative, but always engaging. He graciously agreed to answer a few questions for us.

When it comes to tweeting, what separates the good from the bad and the ugly?

I think we all know what’s bad and ugly. The best tweets are harder to define, but they all have one thing in common: They take their audience into account. It’s really that simple.

They say Tuesday morning is the best time to send emails — people have cleaned out their inboxes, but they are still in “getting stuff done” mode. Is there a similar rule for Twitter to avoid tweeting all day every day?

Yes. In most cases, people check their tweets three or four times a day — and a big one is that first cup of coffee at the office. This means a tweet at 9:45 a.m. is going to be far more effective than one at 11. People also check during lunch and then again with their afternoon coffee, so consider tweeting again around noon and 3 p.m.

Composing a tweet isn’t brain surgery, but you do need to maintain some structure?

For the most part, don’t use all the characters. Use about 120 instead of 140 so that your audience, your followers, can share your tweets. If you use too many characters, then your updates need editing on many platforms. Tweets that are too long also leave no   room for interaction. It’s nice to have someone retweet your status update with a comment. That gives it authenticity, and leaving enough “leftover” characters ensures they’ll have the space.

Yeah, don’t be a broadcast machine. Which means don’t pimp yourself or your

product in every update. I keep a 70/30 rule going. I try to share my personality and some fun in about seven of every 10 tweets I post.

Is this rule different for businesses than individuals?

It is. Well, somewhat anyway. If you’re running a pizza joint, you might want to share specials in your tweets and other info like hours or the link to your store. But don’t bombard your followers with sales pitches. Give them some fun stuff. An example would be sharing how long it takes to make a pizza. How many tomatoes are used to make the sauce for a day’s worth of pies? Or, what temperature gives the best crust?

Any final words of wisdom?

Essentially, Twitter is a two-way communication tool that people should think of just like they do the telephone. If you tweet and nobody responds, don’t get discouraged. Maybe they weren’t there to answer. That’s where my theory of timing comes into play again. Like any good communications strategy, you need to know where your friends, family, colleagues and customers are getting their information and go there to share.

Jeff Cutler is a content creator and social media strategist. This means he helps clueless company execs and journalists figure out this whole “social media thing” and how to use it for good, rather than just filling the Twitterverse with musings on their favorite breakfast cereal. Visit him at www.JeffCutler.com and follow him at @jeffcutler.