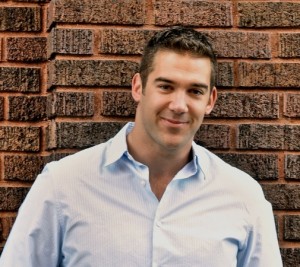 Recently we gave you some basic tips for improving your LinkedIn profile. Now we’ve brought back LinkedIn expert (and Ohio native) Lewis Howes for some advanced strategies.

Forgetting that LinkedIn is a social network, and that social comes first. Uploading your résumé once and just going back to update it doesn’t cut it — get involved, join groups, start conversations.

The professional audience. Sure, I may have more connections on Facebook and Twitter, but the percentage of valuable and relevant connections on LinkedIn is much higher.

With a zillion competing social networking platforms, how do you stay current and connected without getting lost in the vortex of social media overload?

You have to pick and choose your focus. Nobody can go on everything. Social media guru Seth Godin openly tells people he does not interact with people on Twitter. But really, it’s all about understanding the specific targets and users of each network. For example, in a post Daniel McLaren wrote for my Sports Networker blog, he talks about QQ being the biggest social platform in China and Orkut being highly popular in Brazil. Go where your audience is.

How do you decide which ones to join and which to ignore?

People I trust say, “Hey, Lewis, check this out.” I also stay connected through the Sports Executive Association that I founded for sports experts around the world and Third Tribe Marketing, created by Darren Rowse, Brian Clark, Chris Brogan and Sonia Simone.

What do you use?

LinkedIn, Twitter, Facebook and to a lesser degree Dailybooth. Geo-location is the hot trend of the year, and I do use Gowalla now and then, but it’s not part of my core focus to grow at the moment.

What should everyone be doing more of on LinkedIn?

Writing recommendations! Nobody ever complains that you said something good about them, and you have made great leaps and bounds in your relationship with them.

If you were to predict, which social networking platforms do you think will stand the test of time and which ones will go the way of Friendster?

Anyone trying to start up a new network, if the game plan is to be the next Twitter meets Foursquare, they’re already behind. I’ve been going on Dailybooth a lot. I think it’s a fun, simple way of interacting with people. I expect more and more users will hop on, especially younger audiences.

When I looked on your LinkedIn profile page this morning, under the heading “Viewers of this profile also viewed?,” Barack Obama was number one. Come clean, Lewis: Any designs on a run for 2012?

Ya caught me. My goal is actually to become King. It’s why I booted LeBron James out of town. Can’t have too much royalty in one state.

Co-author of two successful books on LinkedIn, LinkedWorking and LinkedIn Master Strategies, Lewis Howes also happens to be the NCAA All-Division Record Holder for the most receiving yards in a football game (418 yards, the current unofficial World Record). Learn more about his impressive career — sports and otherwise — here.

Five Strategies to Advance Your Career Using LinkedIn
What the Dalai Lama Could Learn from Fast Company
Oh, Social Media, How Far You’ve Come
Thoughts on “A Glimpse Into the Future of Marketing”
Why Does This Little Girl’s Blog Have Over a Million Visitors?
Five Things I Learned: “5 Ways to Measure Social Media Marketing Success”
3 replies

Rather Than Getting Your Freak on, May I Suggest Getting Your Gruel On? Get Your Hands Off My Taquitos
Scroll to top