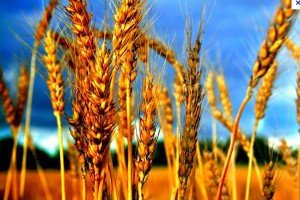 The request came in from Cam Brown at  King Fish Media: “We need you to make wheat germ sexy.” He went on to say that they had just landed the Kretschmer Wheat Germ account and the brand — which had been languishing in relative obscurity since 1936 — was ready to get some attention.

I know, “sexy” is not the first word that pops to mind when you hear “wheat germ,” right? In fact, I’m going to Google “sexy” and “wheat germ” now and see what I get … hold on.

So how did we sex up wheat germ?

The first step is the same as it is for any project: Make sure nothing is lost in translation.

Yes, the client was saying they wanted sexy, but what does that mean to them? (They’re a good old-fashioned Midwestern company, after all!) Upon deeper digging, it turned out they really meant, “We need to bust out of our current rut and make wheat germ appealing to a younger audience, or at least an audience that extends beyond our core following of 1970s-era hippies.”

Next, find what I call your “parallel brand.”

In other words, who is going after a similar audience with a similar product and getting it right? There’s often more than one, but in this case, the clear frontrunner was Fage Yogurt. Like Kretschmer, they had to grow beyond their hippie roots and reach an enthusiastic audience of health-conscious eaters.

Then ask, “So why is our brand struggling?”

Make sure modafinilsmart.com your site addresses those issues.

Clearly, education had to be our primary goal. And clearly, we had our work cut out for us.

Would I describe the final site as “sexy?” Nope.

But it is approachable, informative and fun, and makes me really want to bake muffins. It’s also getting a lot of attention.

King Fish Media (with Help from The Hired Pens) Wins Prestigious Davey Award
A Good Account Manager Is Hard to Find
Are Consumers Becoming Immune to Your Email?

You Had Me, You Had Me … You Lost Me, Big Ass Fans CVS: We put the needle in “flu shot”
Scroll to top