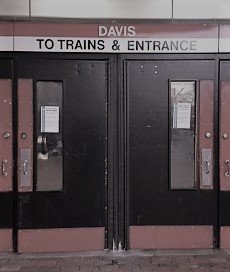 When I hopped on the MBTA (our subway) recently, I wasn’t expecting to attend a master class in crisis communication. But that’s just what happened, courtesy of a congenial conductor.

We’ve all been there before. You’re stuck on the airplane runway for no apparent reason. Or a line at the grocery store that hasn’t moved in five minutes. As time passes without any explanation or apology, everyone gets more and more agitated. If there’s a good reason for the delay — or any end in sight — the answer remains a mystery.

So when my train slowed to a stop between Davis and Porter squares yesterday, I immediately got a sick feeling in my stomach. But within 30 seconds, the conductor’s voice came over the intercom: “There’s a signal problem at Kendall Square. We have about eight trains in front of us, so we’re going to be here for a while.”

Okay, that wasn’t great news for someone like me, who was trying to get to Kendall for a meeting. At least I knew the source of the delay, though, and that I shouldn’t expect to get moving any time soon.

Every one to two minutes thereafter, the conductor gave updates. The number of trains in front of us gradually dwindled from eight to six to three. I knew progress was being made, and that was reassuring. He added that it was “going to be slow going through Kendall, then things should pick up.” Nice job setting expectations.

As the wait exceeded 10 minutes, the conductor apologized, saying, “Sorry about this. It’s tough for me, too. It’s past my lunch time, and I’m starving.” That showed he was feeling some pain, too, reinforcing that we were all in this together.

All told, the delay lasted about 20 minutes. However, throughout this (minor) ordeal, I noticed that hardly anyone in my cab looked annoyed. By communicating so effectively, the conductor kept us informed and diffused the tension that would normally arise in such a situation.

And while I was 10 minutes late for my meeting, I won’t be sending any complaint letters.