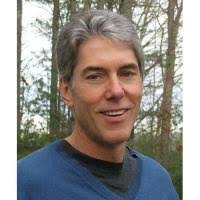 I hate that the internet knows me better than I do. Granted, this is often helpful, like when I get recommendations for news stories, books, music, etc. that I’m interested in but would never have known existed. Gee, thanks, retargeting algorithm — that’s just what I was looking for.

Still, the net’s intimate familiarity with my circumstances can be creepy — like when I started getting spam about affordable burial services not long after being diagnosed with early-stage cancer. (I’m fine now, algorithm. Not that you asked.)

But nothing sends my train of thought off the rails quite as effectively as an offer for somethingthat’s obviously inappropriate for me. I end up playing WTF Detective, trying to figure out why a particular algorithm fingered me as a viable target.

“Silver-Singles” crops up all the time in my spam folder, for example.

OK, I get the first part. I’m old. (And by the way, I call my hair “gray,” not “silver.” Flattery will get you nowhere, algorithm.)

It’s the “Singles” part that perplexes me. I haven’t been single for decades. Any algorithm that can tell its ones from its zeroes would know that.

What a damning commentary on the state of marriage.

Other pitches simply defy explanation. Here’s a random sample of some that I’ve received recently:

Leather jackets: Seriously? I strike you as a leather jacket kinda guy? Based on what? That microwavable flaxseed heating pad that I ordered for my wife? That Elisabeth Asbrink book I bought on Amazon? That article I read about the potentially catastrophic dangers of artificial intelligence? What exactly in my recent browsing history screams “Born to Be Wild” to you?

Gout treatment options: Who do I look like, Benjamin Franklin?

Plus-size bras: Pecs. Those are called pecs. What are you implying, algorithm?

Baby item coupons: First of all, kudos to the algorithm for recognizing that old guys like me can be new fathers. Being a mature dad has been so rewarding. Just the other day when we were in the car, for instance, my little boy came out with the cutest thing. He said, “Eminem did a diss song where he destroys Machine Gun Kelly because MGK said Eminem’s daughter is hot and she’s only 16.” (So, yeah: You’re a little late to the party with the baby item coupons, algorithm.)

Home-cleaning service: OK, you got me there. I could definitely use that. But I work at home. And when I’m working, I have to spread my stuff out. And I eat lunch in my kitchen, not at a restaurant or company cafeteria. You think I have time to scour petrified fried egg off that pan when I’m on a deadline? So, yeah, sometimes things get away from me, especially when I’m busy trying to catch up with all my emails. And you don’t help me, algorithm, by bombarding me with inscrutable messages all day long that interrupt me and keep me from getting my work done. So don’t be so freaking judgmental. I swear I’ll block you.

When he’s not trying to decode email algorithms, Rob is a writer at The Hired Pens. He is also the author of several books, including the forthcoming Artificial Evolution, which recounts his efforts not to cut himself on the double-edged sword of modern technology.