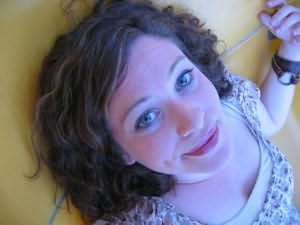 I’ve spent nearly 10 years cultivating a vast and varied cache of writing experience. I’ve written PR and marketing copy, and I’ve worked as a journalist, a lifestyle columnist, a film critic, a comedy writer. I’ve written for print, for broadcast, for the Web. I have published two novels and am working on a third.

Along the way, I’ve also compiled a stinky stockpile of neuroses and insecurities about my professional worth. Why? Because despite all my accomplishments, when I tell people I’m a writer, it inevitably prompts one of the following reactions:

2)     Some eye-rolling, plus knowing glances exchanged with a third party. “Right, but what do you do for a living? Like, to make money?”

4)     Visible perking up, followed by an acutely oblivious insult like: “I’ve always wanted to be a writer. It seems like it’d be a fun way to make some extra money. I got A’s on all of my papers in college, so I know I’d be good at it.”

There are two flavors of mythology about freelance writing: first, what wannabe writers think that their idealized career will entail; and second, how non-writers seem to regard writers. Namely, as chromosome-deficient monkeys throwing words against a wall.

In this two-part post, I’ll debunk these common misconceptions, beginning with three myths propagated by the wannabes:

Copywriting is an art; it’s nuanced and precise. For me, there are few greater pleasures than concocting the choicest lingual morsels, molding the perfect phrase to describe a product or a client. My affair with words is torrid, as painstaking and heart-wrenching as any love/hate relationship.

It once took me three hours to write a single sentence for a major corporation’s marketing campaign, because it had to be just so, and I couldn’t quite get the recipe right. It’s not because I’m dumb or didn’t memorize enough SAT words; it’s because copywriting can be excruciatingly difficult.

Myth #2: Writing projects should be fueled by wanton creative passion.

“Write what you know?” Please. I once took a gig writing copy for a cryogenic facility. The only thing I knew about cryogenics was that somehow, somewhere, Walt Disney’s corpsicle was floating around in a tank like a pickled egg. But because I was willing to do a little research, and because I can adapt my writing style, I did a decent job. Well, eventually.

A truly great writer is one who can not only write terrific copy, but can take constructive criticism and use it to improve their work.

As a writer, you will be edited. Period. You will be edited not only by people who know what they’re doing, but also by others who majored in English 20 years ago and therefore believe they are silver-fingered masters of wordsmithery. Their writing and editing will suck. It’s inevitable. And yet, they’re your client. They are, unfortunately, your boss, however fleeting the project.

There will always be some yahoo waiting in the wings to take a hacksaw to your utterly brilliant body of copywriting. Can’t deal with edits? Start a blog.

When Sara Faith Alterman is not tied up with her own client work, she chips in as a copywriter with The Hired Pens. Ask for her by name!

Five Tips for a Successful Freelance Writing Career
Just Because You Got an A in English, Doesn’t Mean You Can Be a Copywriter: Part II

Oh, Internal Self, You Slay Me! Just Because You Got an A in English, Doesn’t Mean You Can Be a Copywriter:...
Scroll to top