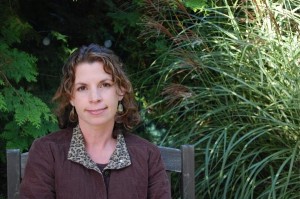 At the tender age of ten, I published a pair of linked poems in the esteemed literary journal, The Buffalo News. Ready? Sure? Okay, here you go.

In the City at Night

In the city at night

In the city at night.

Clearly, I was a child prodigy.

Fast-forward to 2012. While Anna and Dan have spent a decade stomping out soulless corporate speak, I’ve spent thirty years trying to amend for subjecting countless innocent readers to those poems (which subsequently appeared on my fourth-grade bulletin board and on the refrigerators of dozens of aunts, uncles and grandparents in my large Irish Catholic family). I won’t print the second poem here — it’s just too painful — but I will tell you that it was called, “My Dog and Me.”

I’ve written for the Hired Pens since summer ’08 and worked on some terrific projects, but I knew I’d found a real home when I read this post from Anna tearing into a nine-year-old girl for her shamefully inadequate “Missing Cat” poster.

My new role as a permanent Pen offers me the chance to make a real difference in the world — to make up for the mistakes of my past. So you, there, laboring over that earnest blog entry or the note to the cute boy in Math class: Please, just stop. I can help you. Give me a call.

*I dedicate this blog entry to the students in Mrs. Wheeler’s fourth grade class of 1982, my six siblings and my twenty-five cousins, especially Patrick, on whose refrigerator my early works hung longest.