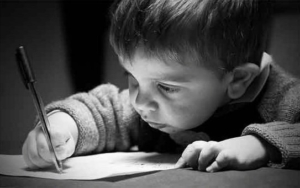 The business world is full of terms that are widely used, yet often misunderstood. Case in point: white papers.

Defining your terms is critical in order to get agreement on a subject. That’s particularly true with the term “white paper.” If your team can’t get in sync about what everybody means by the phrase, you’re setting yourself up for problems.

So let’s start with an exploration of the term’s history and use. Then we’ll explore what this means for your company if you’re thinking of adding white papers to your marketing mix.

In the early 1900s, the British government began creating white papers to provide information about policies being considered. The UK still issues such papers to inform the public about an issue and solicit reaction. Some accounts say they were called “white” papers in contrast to “blue” papers, which were longer documents with blue covers.

In 1960 NBC picked up the phrase for a program that took an in-depth look at news topics, simply called “NBC White Paper.” The program lasted about 20 years, and one of its last episodes looked at what American industry could learn from its more-successful Japanese competitors. U.S. companies besieged NBC for copies of the report so they could put those lessons to use.

Shifting Over to the Business World

In a sense, companies publishing white papers are trying to replicate that response to “NBC White Paper.” The trend of creating white papers for business purposes started in the 1990s, primarily to explain complex technological products or services. By laying out a topic in detail, the companies hoped to encourage prospects to contact them to learn more about how their products or services would address the identified issues.

Of course, a business has different organizational needs than a governmental body or news outlet. While the latter two groups have self-interests as well, they generally aim to provide more-objective information than a business does. After all, a business can only justify expenditures if they eventually generate sales.

The dilemma of the business white paper? It strives to seem objective, but ultimately can’t help but be at least subtly biased toward the products and services that the authoring company offers.

Your prospects know this, too. But they’re willing to read your white paper anyway if it gives them useful information about a problem they face. If what you deliver is just a longer version of a brochure, you haven’t helped your readers. You’re trying to take a shortcut to a sale, which a) likely won’t work and b) damages whatever credibility you’re trying to establish with prospects.

On the other hand, if you can accomplish all of the following, you’re on the right track:

That’s all for now. Look out for a follow-up article on the topic of white papers next week.

Michael Blumfield has been a Hired Pen since 2011.