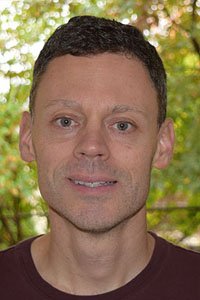 As a little boy, Dan aspired to write about sports for a living. He realized his dream in the late ’90s, crisscrossing the country covering professional and college football for ABCSPORTS.com and ESPN.com.

After a few years, though, Dan tired of interviewing sweaty, naked men twice his size. So he sold out to join an Internet business consultancy riding high during the dot-com boom. Alas, his plan to strike it rich on skyrocketing stock options fell apart when he was laid off nine months later.

From the ashes of unemployment, Dan rose, phoenix-like, to co-found The Hired Pens. He’s since had the opportunity to work with everyone from entrepreneurs getting businesses off the ground to marketing professionals at corporations, universities and healthcare systems. And he’s come to love being his own boss, particularly the part about wearing shorts to work all summer.

Dan earned an M.A. in mass communication from Boston University and a B.A. in political science from the College of the Holy Cross. He and his wife live in Somerville, Mass., along with their three occasionally adorable children.

"Dan is a talented copywriter and a true professional. He distills complex concepts into relevant information and makes the 'so what' of your message accessible to consumers. I would add good team player and strong individual contributor to the criteria to screen for. Dan is all of the above."