Time for a guest post! Here, our friend John MacKenna explains something I’ve been wondering about lately: What the heck is blockchain anyway? Take it away, John … 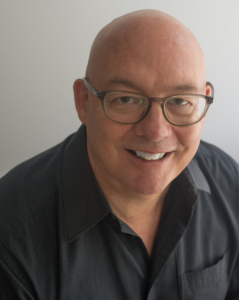 Blockchain is seen by cognoscenti as the next great technology disruptor, but if you don’t understand it — or haven’t even heard of it — don’t worry. These are early days, and you’re in good company.

Bitcoin is blockchain’s first killer app, but it’s only the beginning. To understand why technology visionaries are so smitten, consider the case of Walmart and mangoes.

Walmart wants to improve food safety, because food contamination is dangerous for consumers (not to mention the company’s brand) and creates enormous costs in the food supply chain. The retail giant has partnered with IBM to tackle the issue and recently started a pilot program with mangoes and pork.

Once the mangoes application was in place in the farms, stores and everywhere in between, IBM and Walmart ran a test to track a mango to its source. Using its legacy methods, which were considered excellent by industry standards, Walmart was able to track a particular mango to its originating farm in about six days and 19 hours. However, they still couldn’t identify every step in its journey.

The blockchain application took two seconds to produce an end-to-end map of the same mango’s journey. Two seconds. And the map covered every move the mango made, complete with time stamps.

The mango story hints as blockchain’s immense capability to improve business processes that revolve around a ledger. Boston’s State Street Bank has created a 300-person team developing blockchain applications that target the mechanics of behind-the-scenes financial transactions. Chief technology architect Moiz Kohari says the bank is looking to accelerate transactions that now get slowed down by intermediaries and error-checking processes. The new applications could yield millions in savings for State Street and its investors by reducing reconciliation tasks, untying money and improving liquidity.

Trust Is the Key with Blockchain

Blockchain’s secret sauce is the reconfiguration of trust, which is an essential human need that intermediaries have typically provided in commerce. For example, Amazon will put your merchandise in the mail before they get paid, because they trust the financial services companies (MasterCard, Visa, etc.) to pay them every time.

With blockchain, the trust is built into the network, because the transaction can’t be changed once it’s logged in the ledger. A Bitcoin can’t be transferred twice, as the second transfer would be impossible once the asset (Bitcoin) had been transferred the first time.

The technology itself is complex and can be cumbersome in certain situations, including in Bitcoin. The first essential element is the distributed ledger, which is stored in identical copies in every network node. When one copy is updated with a new transaction, all copies are updated.

This is where the advanced math comes in. To be entered as a data “block” in the “chain,” a transaction must be approved by some form of consensus that is automated in the network. The data is encrypted with one hash that identifies it and — this is essential — a second hash that connects it to the immediately preceding block. If one block is altered, every subsequent block in the chain would show as an error, thanks to the block-to-block hashing.

Cracking one block alone would be difficult enough due to the cryptography, but the block is replicated across every instance of the ledger, so hacking is highly impractical. As IDC VP Bill Fearnley has said, a thief can break into one house, but hacking the blockchain would be like breaking into every single house in a town at the same time without being detected in the process.

Blockchain discussions often involve the term “trustless environment.” This means that no one has to trust anyone else in a transaction because the network itself provides such an extreme degree of trust. Party B receives Party A’s money every time, because the network cannot be defeated. Anarchy enthusiasts love cryptocurrency because it raises the theoretical possibility of life without fiat currency.

One Version of the Truth

As earthshaking as the cryptocurrency possibilities are, they’re not the allure that’s turning the heads of business leaders everywhere.

The Walmart mangoes story illustrates the potential to create decentralized, immutable ledgers that serve as shared systems of record used by networks of organizations, including competitors. Cooperating organizations can simultaneously eliminate countless data-related chores while creating a record that delivers much deeper insight than a traditional private ledger ever could.

A couple of other use cases deserve a look.

To learn more about blockchain in business, visit JMCContent.com/blockchain for a list of articles and resources.